← more from
Earshift Music
Get fresh music recommendations delivered to your inbox every Friday.
We've updated our Terms of Use. You can review the changes here. 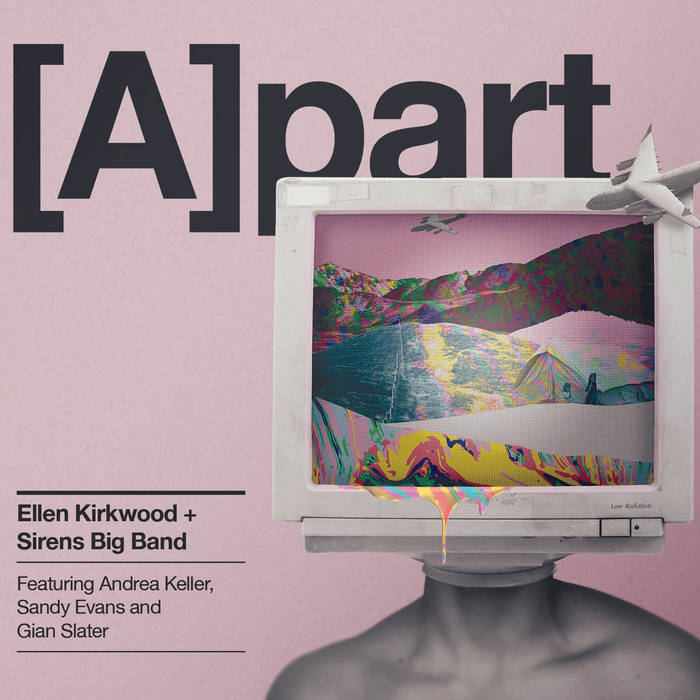 The other Christian McBride

"This is a major accomplishment for big band jazz in this country. The writing is superb on this enthralling, entertaining exploration of old and new sounds." 4.5 stars - Eric Myers, The Australian

‘A composition that has all it takes to be a modern Australian classic.”
-Nikos Fotakis, australianjazz.net

[A]part traverses a diverse series of moods and influences. The musical metamorphosis from one section to another sees a vast array of ideas and styles including neo-classicism, chorale, afro-cuban, afrobeat and electronica. With echoes of Guillermo Klein and Carla Bley, Kirkwood’s imaginative and daring composition style is abundant here, as she draws listeners in with her narrative-style writing, full of character, feeling and unexpected twists. Listeners can expect an engrossing journey through music that evokes rage, bewilderment, calm, determination, and everything in between.

A dynamic collective bringing new sounds to the traditional big band setting, Sirens Big Band are passionate about increasing gender diversity in jazz through their predominantly female and trans line-up. Ellen Kirkwood, a member since Sirens’ formation in early 2010, has been an important contributor to the group’s unique repertoire. Pianist Andrea Keller, saxophonist Sandy Evans and vocalist Gian Slater are three of Australia’s most celebrated and in-demand jazz performer/composers, and have played a significant part in inspiring Ellen and her generation of creative jazz musicians.

[A]part was penned in 2016-17 during Ellen’s Australia Council-funded composition mentorship with composer/pianist Barney McAll. [A]part was a 2018 finalist in the APRA Art Music Awards for Jazz Work of the Year, and Ellen was a finalist in the 2017 Freedman Jazz Fellowships largely due to this work. The album was recorded and co-produced by Bob Scott at Sydney’s Studios 301 over three days in September 2018.

‘I’m really proud of this album, and this huge work,” says Kirkwood. “I think it’s important for artists to create works that comment on their times and connect emotionally with audiences. It’s easy to become complacent when the world’s problems seem too big, but I hope that my music can encourage people to keep feeling and striving.” On the experience of recording [A]part, she comments, “It was a big effort but a lot of fun, and an honour to have such an amazing group of musicians bring my work to life with passion, skill and dedication.”

Notes from the composer:

[A]part 1 - The internet: wonder and malignance
I’m fascinated by the internet and how our lives are becoming increasingly influenced by it. In many ways it’s wondrous; information at our fingertips, news and entertainment from around the world, instant communication with people who are thousands of kilometres away. Simultaneously it’s like a cancer that works its way into our psyches. Addictions are formed, political rifts widen, personal information is sold and our very attention becomes a commodity.

[A]part 2 - On the refugee crisis
What would it be like to be in a situation where you lived in constant danger? Your country is at war, maybe your city is being bombed, or people you know are being threatened or killed. What would it be like to decide you have to leave, and face horrible uncertainty and danger for the chance to save yourself and your family? I don’t know how this feels, but I was trying to imagine when I wrote this. I am also filled with anger and pain when I think of the ill treatment many desperate people receive, but also amazed at the resilience of humanity.

[A]part 3 - Greed and climate change
These days reality can sometimes be hard to believe. Things are happening that should only be fiction, yet they’re becoming normal. Facts aren’t important anymore; opinion is. There are many for whom the fact of climate change is inconvenient; a threat to their wealth and power, and they deny its existence, telling us we’ll be fine. The truth is, however, that humanity has exploited the earth far beyond the point of sustainability. We’re beginning to suffer from the consequences, and it might be too late.

[A]part 4 - The present: reflections and reactions
How to process it all? The constant barrage of information, bad news, opinions and quarrelling. And what can we do about it as insignificant individuals? Angst, loss, reflection, determination, rebellion, longing, and maybe a bit of hope.

Album mixed and mastered by Bob Scott, and produced by Ellen Kirkwood and Bob Scott

Album artwork and design by Green Peas for Breakfast

All music composed by Ellen Kirkwood

Bandcamp Daily  your guide to the world of Bandcamp